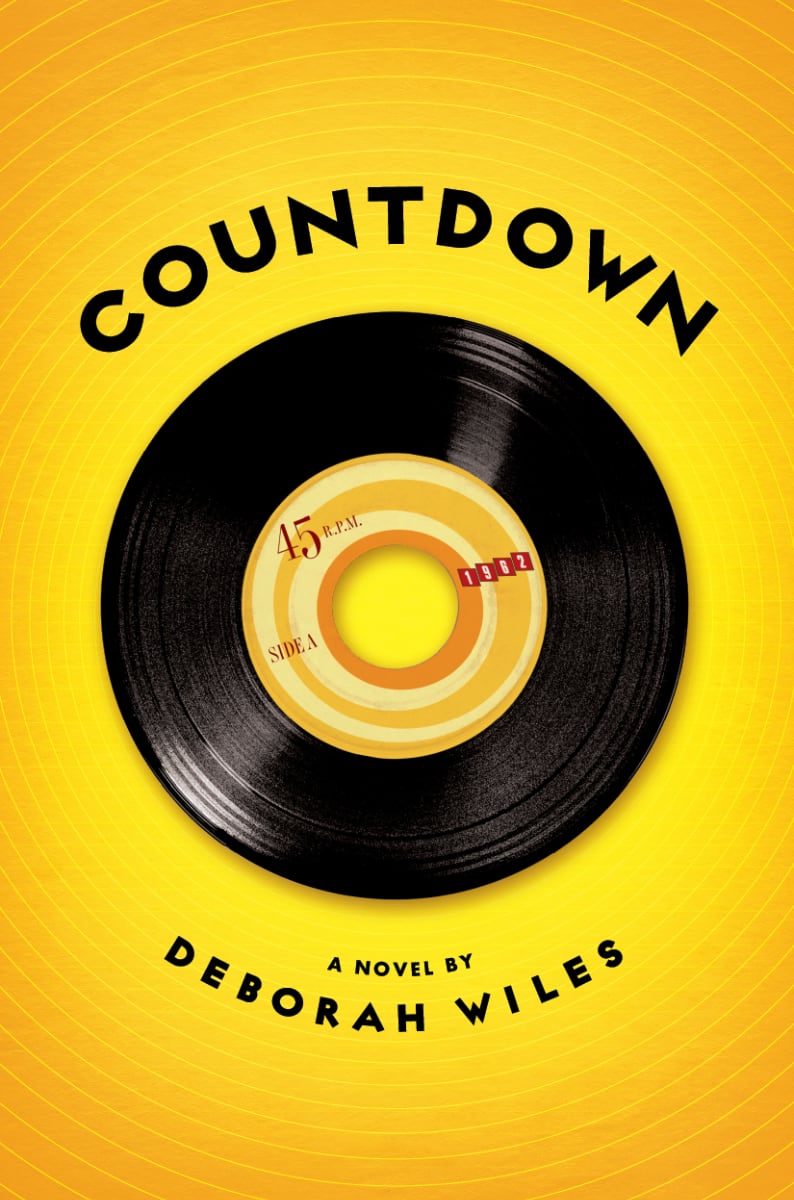 A time that changed the world.

A time that changed Franny’s life.

From National Book Award finalist Deborah Wiles, the remarkable story of one unforgettable girl, amid the sights and sounds of the early 1960s.

It’s 1962, and it seems everyone is living in fear. Eleven-year-old Franny Chapman lives with her family in Washington, D.C., and can feel the fear of the nation in the days surrounding the Cuban Missile Crisis. Amid the pervading threat of nuclear war, Franny must face the tension between herself and her younger brother, figure out where she fits in with her family, navigate the feud between herself and her best friend, figure out what’s up with her great-uncle who is fighting an old war in his head, and look beyond outward appearances. For Franny, as for all Americans, it’s going to be a life-changing week.

This first entry in the Sixties Trilogy, Countdown tells the story of one girl with insight, warmth, and hope, set against the backdrop of one of the most politically and culturally defining periods in history. The story is interspersed with scrapbooks containing primary source material from the era, and biographies of major figures of the time. Deborah Wiles has created a documentary novel that will put you right alongside Franny as she navigates a dangerous time in both her history and our history. It’s an experience you will never forget.

“[Countdown] has a striking scrapbook feel, with ingeniously selected and placed period photographs, cartoons, essays, song lyrics, quotations, advertisements and “duck and cover” instructions interspersed through the narrative. References to duct tape (then newly invented), McDonald’s and other pop culture lend authenticity to the phenomenal story of the beginnings of radical change in America.”
—­Kirkus Reviews (starred review)

“This story is sure to strike a chord with those living through tough times today.” ­
—Publisher’s Weekly (starred review)

“Wiles scores with both context and character.” ­
—Chicago Tribune

“The larger story . . . told here in an expert coupling of text and design, is how life endures, even triumphs, no matter how perilous the times.” ­
— The Horn Book (starred review)

“Many readers will find this on their own, but adults who read bits and pieces aloud will hook kids, who’ll eagerly await the next installments.”
­— Booklist (starred review)

“Wiles has created a new way of experiencing history in the pages of a novel. Her achievement makes this book a must buy for school libraries all across the country regardless of age.” ­
—Ed Spicer, SpicyReads

* “Wiles skillfully keeps many balls in the air, giving readers a story that appeals across the decades as well as offering enticing paths into the history.”
—Booklist, starred review

* “References to duct tape (then newly invented), McDonald’s and other pop culture lend authenticity to this phenomenal story of the beginnings of radical change in America.”
—Kirkus, starred review

* “Wiles palpably recreates the fear kids felt when air-raid sirens and duck-and-cover drills were routine…this story is sure to strike a chord with those living through tough times today.”
—Publishers Weekly, starred review

“In this fantastic debut historical novel, 11-year-old Franny is growing up in the early 1960s against a backdrop of the Cuban Missile Crisis. What makes this book unique is the nonfiction component that Wiles integrates into the book. Between each chapter there are pages of real images from the 1960s that serve to help the reader better imagine the era.”
—Suzanna Hermans, Oblong Books And Music, LLC., Millerton, NY

“Whatever it is, I loved it.” ­
—Monica Edinger, Educating Alice

Author resources for teaching COUNTDOWN are at Pinterest. The Playlist is there, as well as photo resources and primary sources used to create COUNTDOWN.

Through the Tollbooth interview about Countdown

Team Countdown: A Conversation with Deborah Wiles and David Levithan

Panic! There is no order, because there’s no order at recess anyway, and all the fifth-grade classes are mixed up and all over the place, and I have no idea what do do, even though I was told what to do a million times, and I think we’re supposed to go inside… but no one can remember and nobody cares about that anyway. We’re all completely scared out of our minds—the siren has never gone off at school before….

Kids are running into me, spinning me around like a top—so I run, too, and I trip over my own feet. As my right knee kisses the pavement, I stretch out my hands to break the fall and my palms scrape across the asphalt. My headband pops off my head.

“Over here!” shouts Mrs. Rodriguez. “My class! Over here against the wall!”

“No! No! Inside!” shouts Mr. Adler. He points to the black and yellow signs. “We’re a fallout shelter!”

I’m sitting on the pavement, just sitting there. My palms are scraped and red. My knee wants to bleed—I can see the blood coming to the surface, crowding into the white, scraped places. Someone trips over my headband and breaks it. I snatch up the pieces. …

Maybe this is the real thing, an actual atomic attack, and we’re so disorganized we’re all going to get creamed… I shove my hair out of my face, lick my lips, and search the horizon for… something. Russian airplanes dropping bombs? My dad is a pilot and he would never drop bombs on a school. I hope the Russian pilots are like Daddy.

“…At 70, I don’t read too many youth novels, but always those my sister-in-law (school librarian) recommends. Of course it’s a wonderful book that any of us who were there, so to speak, (I had just graduated high school) will never forget. But above story, plot, and character, I have always treasured finding great sentences woven by masters of the language; and here you’ve put together a whole paragraph of them.”
— a Countdown reader