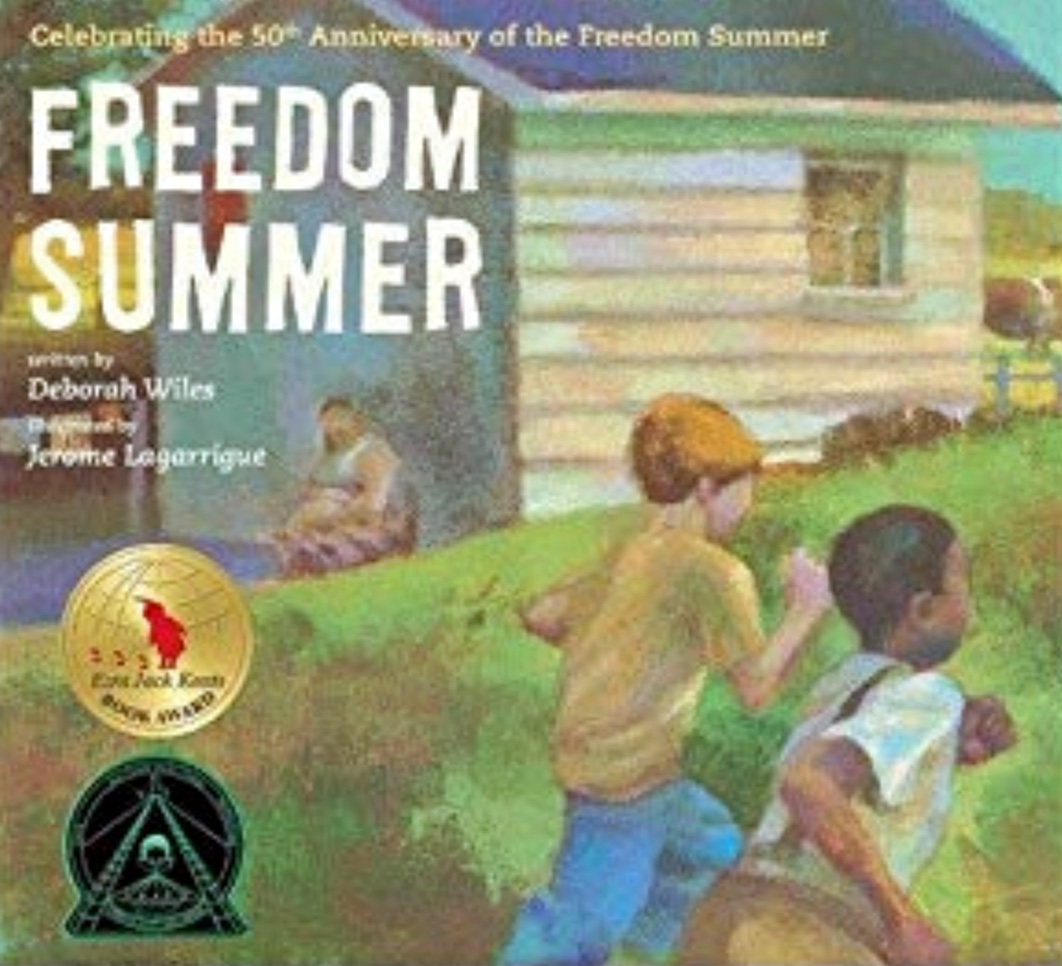 “I did! I wanted to swim in that pool! I want to do everything you can do!”
— John Henry, Freedom Summer

Friendship defies racism for two boys in this stirring story of the Freedom Summer that followed the passage of the Civil Rights Act of 1964. Now in an Anniversary Edition with a refreshed cover and a new introduction.

John Henry swims better than anyone I know.
He crawls like a catfish,
blows bubbles like a swamp monster,
but he doesn’t swim in the town pool with me.
He’s not allowed.

Joe and John Henry are a lot alike. They both like shooting marbles, they both want to be firemen, and they both love to swim.

But there’s one important way they’re different: Joe is white and John Henry is black, and in the South in 1964, that means John Henry isn’t allowed to do everything his best friend is.

Then a law is passed that forbids segregation and opens the town pool to everyone. Joe and John Henry are so excited they race each other there…only to discover that it takes more than a new law to change people’s hearts.

This Anniversary Edition of a cherished and touching story includes a new introduction and a refreshed cover.

“… a quiet but powerful introduction to the prejudice experienced by many Americans.” ­
— Starred review, Kirkus Reviews

“Powerfully conveys the experience of racial prejudice by focusing on two particular boys and their real-live-boy feelings and behavior.” ­
— Horn Book magazine

“Wiles delivers her message incisively through the credible voices of her young characters… The artist’s close-up portraits of the boys’ faces, as well as the body language of other characters, reinforce the narrative’s powerful emotional pitch.”
— Publishers Weekly

John Henry Waddell is my best friend.
His mama works for my mama.
Her name is Annie Mae.
Every morning at 8 o’clock
Annie Mae steps off the county bus and
walks up the long hill to my house.
If it’s summer, John Henry is
step-step-steppin’ it right beside her.

“I’m a feature writer at Miami University who just wrote a story about Freedom Summer… I wanted to drop you a note to say I think you did a beautiful job on your book. I read it to my son, too, because I knew he would be able to relate to the story. When I flipped to your bio and saw it was your first children’s book, I almost got a tear in my eye. You hit a home run.”
— a parent and Freedom Summer reader