I’ve about forgotten how to blog. :> But it’s summer, and summer always meant reading, to me, along with bike rides in the woods and friends over to play, swimming pools, baseball, family camping and fishing, and trips to my grandmother’s house in Mississippi, where we’d have nothing to do but breathe, try not expire in the heat, and listen to the kinfolks swap stories and gossip. Nothing and everything. I grew up on stories.

I had a stack of library books that rotated in and out of my bed, my brother’s tree house, my bath (until they were dunked under accidentally), the dinner table (until they were confiscated), and the car. I read everything I could get my hands on, even encyclopedias, even Popular Mechanics. Even stuff I didn’t understand at 12, like Dracula. It scared the pants off me.

And now I write about those summers, in books of my own. I have a newly-designed website ready to share this summer, and as I do, I want to revisit my books, as much to reacquaint myself with their characters and stories, as to share them with you. A book and a story each week for the summer weeks, from June into August.

So let me begin at the beginning: 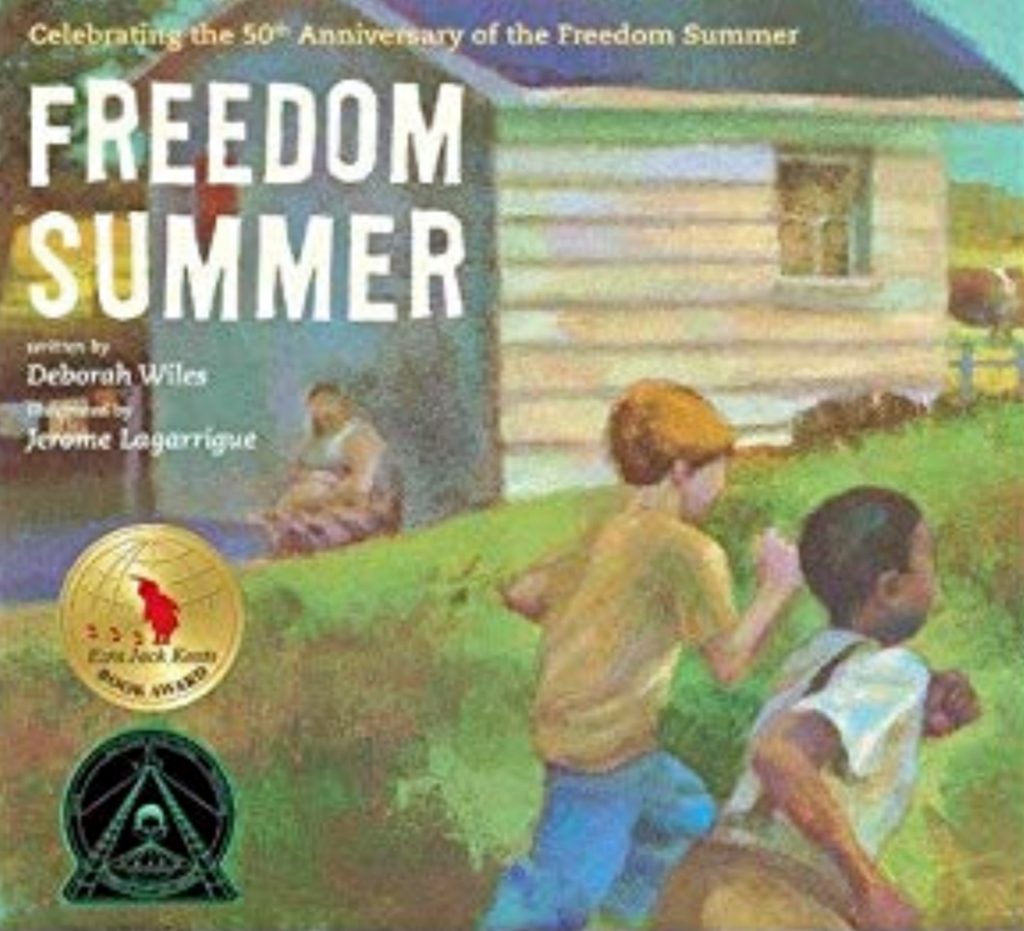 Freedom Summer was the first book I published, with editor Anne Schwartz, at Simon & Schuster, in January 2001. Anne’s imprint was Atheneum Books for Young Readers. Jerome Lagarrigue illustrated my 760 words, and we were off into a whirlwind year of unexpected excitement. More to come about that!

Jerome had illustrated his first book, My Man Blue, by Nikki Grimes. This would be his second. He was 28 years old, from France (his father) and Brooklyn (his mother), and wasn’t even born in 1964, when the book takes place.

I was convinced he wouldn’t be able to understand the Southern time and place I was writing about, but I couldn’t have been more mistaken.

Smart Jerome interviewed his grandmother, who lived in Richmond, Virginia in the Sixties, who had seen her share of racism and civil rights unrest, as an African-American woman living in the American South; she had stories to tell. And Jerome did his homework. As did I. As did Anne.

We lovingly put together, together, the story of the friendship of two boys, one black and one white, and what happens when the segregated pool is supposed to open to “everybody under the sun, no matter what color” in July 1964 after the passage of the Civil Rights Act.

Freedom Summer was published almost 20 years ago. It still sells and sells, out there in the world, a story about friendship and fairness and the decisions two young boys face together in the segregated South of the Sixties.

In 2014, at the 50th anniversary of the passage of the Civil Rights Act, S&S issued an anniversary edition of the book, which is the cover you see here.

Next up: the story of how Freedom Summer came to be, how it grew from a piece of my own childhood personal narrative, to a book for young (and older) readers.

But for now, I’m going to pull the book off the shelf and read it again, out loud, this time doing something I haven’t done for years: turning each page as I read aloud, and taking my time, listening to the cadences of the language just for myself alone, and admiring Jerome’s art.

For years I couldn’t read this book without tearing up. Now I have it memorized, and rarely have the book in my hands when I read it. I’ve put the pages on slides (PowerPoint, today), and I have “read it” many, many hundreds of times, over the past 18 years, to children in pre-K through college, in schools and libraries and bookstores across this country, and even around the world.

Today I watch young people and their teachers have the same reaction I did as I read it years ago, when “John Henry’s eyes fill with angry tears. ‘I did! I wanted to swim in this pool! I want to do everything you can do!'”