field trip: back in time, the lost cause

I ran off into the wilds of Georgia yesterday with a friend — a day off. A day to revel in and catch up on our friendship, and a day to take off work, before the Labor Day weekend hit. My plan is to work through the weekend (with a few lovely family breaks) in order to finish a proposal I’ve started about the Lost Cause of the Confederacy… a story that’s confounding me when it comes to finding a way “in” to telling it.

So of course this lovely day-trip with my friend Marianne ended up delivering to me some research and insights, without my even looking for them. Isn’t that the way of asking for help with story? “You create your reality with your intentions.” I read that somewhere. And somehow, when we focus so intently on something, everything seems to be about that.

Or maybe, when you write out of your life, like I do, everything ends up being personal-narrative fodder for a story. Here is our trip to Molena, Georgia yesterday, and what we found on the way there and back.

Later I spied a Confederate Monument at the old courthouse in Newnan, Georgia:

…which is research for the book I want to write next, about the Lost Cause of the Confederacy. I’ve been taking photos of Confederate memorials for years now, and maybe soon I’ll be ready to write.

We drove past some of the filming locations for “The Walking Dead” as well, quite by accident, but it was fun to see:

… and it came to me as I drove home yesterday, that I write about the past, and those who came before us, in all their messy glory, whether it’s my childhood or the sixties or the Civil War… even yesterday’s “walking dead” locations held some story truth for me.

In my writing life, certainly, I walk among ghosts, hoping to tell their stories; stories that are so intertwined with mine that I can hardly separate them out, in the geography of the heart.

xoxo Debbie
PeeEss: I’m doing two entries in a row for ANTHEM’s chapters next, days 15&16 — sorry to spam your inboxes. I’ll get back on track.

ANTHEM, Book 3 of the Sixties Trilogy, publishes on October 1. Each of the book’s 47 chapters begins with a song from the Sixties to set the tone, mood, and scene. Every day between now and October 1, come have a listen and read a snippet from each chapter.

” The first time I heard ‘Windy’ I wanted to change my name. I love the Association. They are my favorite band. I love the way they harmonize and all the feeling they put into their songs. // Barry looks like their leader, Terry Kirkman, with the same blond hair, long sideburns, and crooked mouth with the gap between his two front teeth. And that smile! Just like Barry’s.”

“I want to ask Mom what planet we’re from, if she thinks I can get away with leaving home to find Barry, that Dad would allow it, or that Barry would even come with me, if I could find him. It will never happen. But Mom thinks it will.”

The plot begins. :> A girl who loves the Association, and her cousin who loves Iron Butterfly, and an old school bus between them — their chariot — awaits.

Back to Norman — who knows this trip is a terrible idea in every way — in chapter 4.

Here she is, Ruby Lavender. She has quite the story to tell. 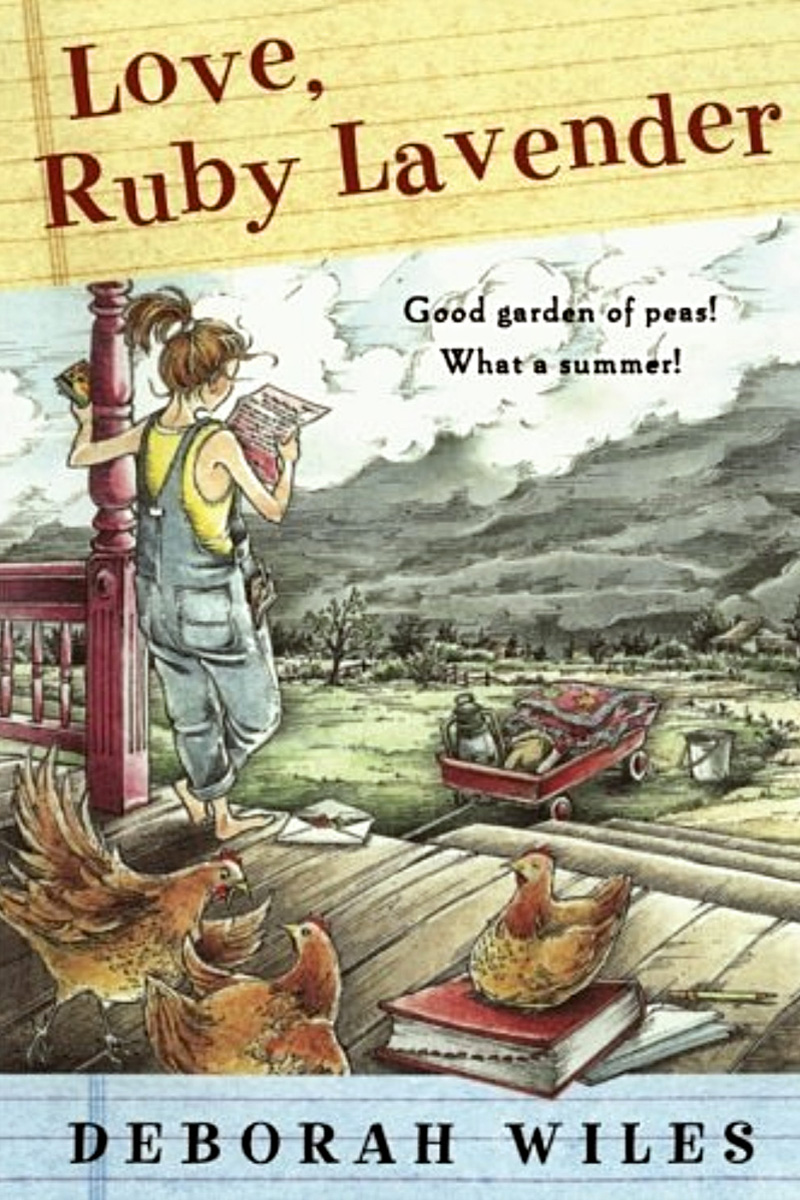 Ruby started as a picture book I worked on in the mid-1990s, in a poetry workshop I took at Frederick Community College in Frederick, Maryland, where I lived at the time. I was a freelance writer and editor, after having been a magazine editor for one fateful year.

I was also in the midst of some grant-funded oral history work for the Community Foundation of Frederick County, which took me to the most interesting places, with the most interesting voices: people over 100 years old; knife makers, farmers and farm wives, potters, artists, community activists, former mayors and police chiefs, civil rights activists, and more.

Their voices, and their stories, in concert, over the years I interviewed them, reminded me so much of the voices I heard telling tales (some of them tall) on the front porch of my grandmother’s house in Jasper County, Mississippi in the sixties.

Ruby was born because I missed them all so much, wanted to bring them close to me, and wanted to honor their memories through telling a story, just as my new friends in Frederick had honored me with their stories.

So I went back to Mississippi, like I did every summer, and this time to document a time and place. I’ve been back so many times, always back, although no one I grew up with lives there anymore.

I’ve made some new friends there, though, and they come out to see me every time I stop by. And my kinfolks live an hour north, near Jackson. I go there, too. And if I’m lucky, I wrangle one of them to go with me to Louin. 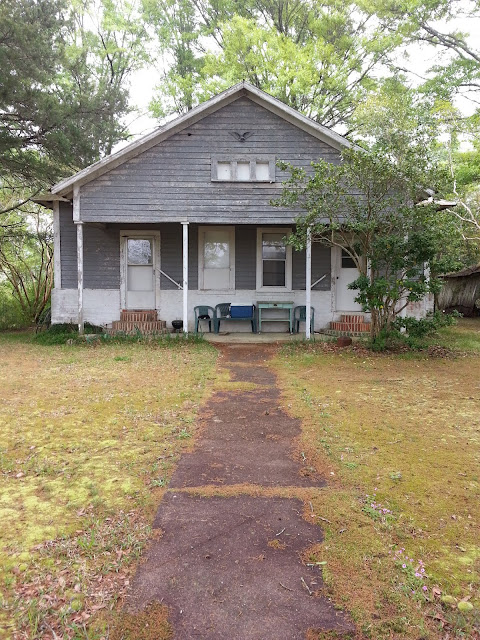 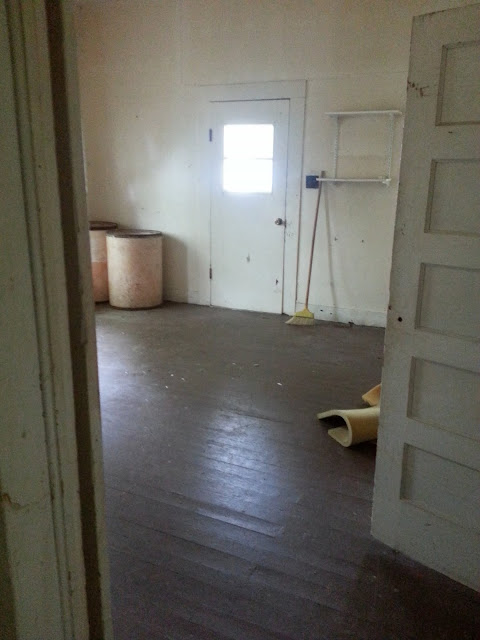 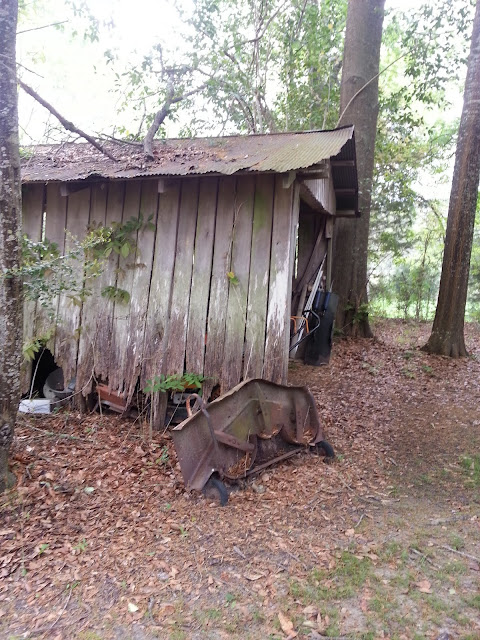 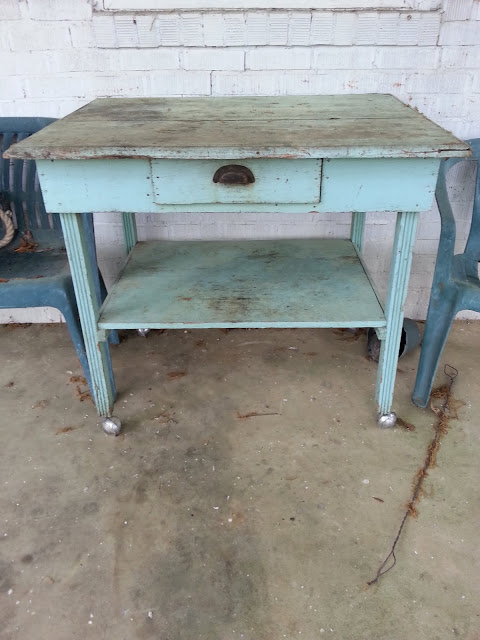 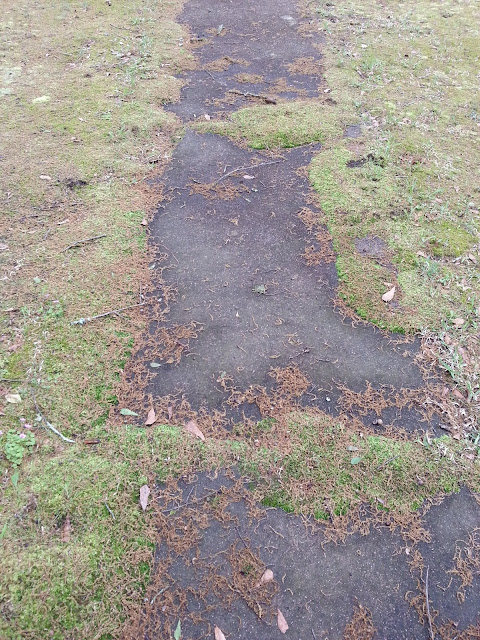 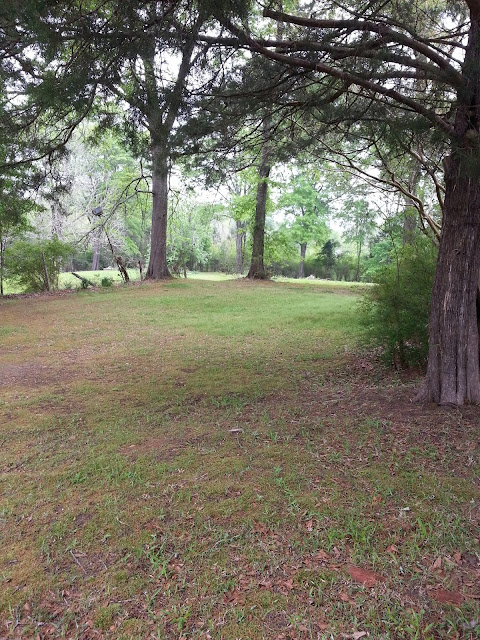 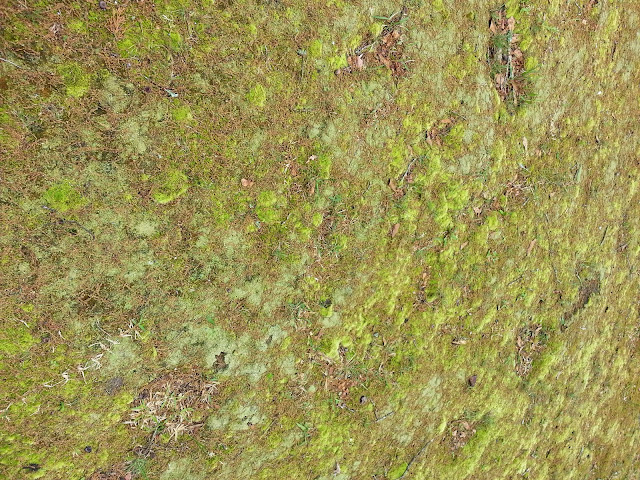 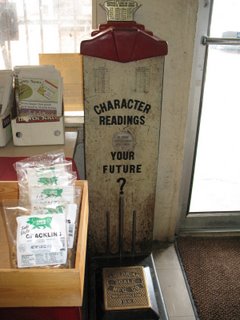 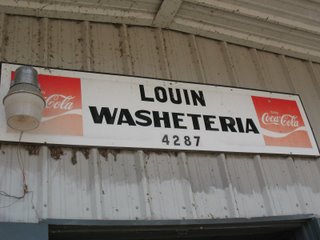 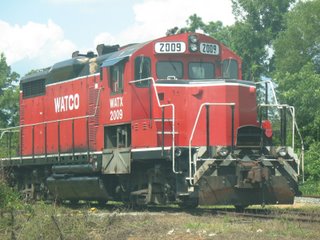 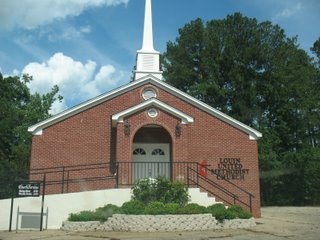 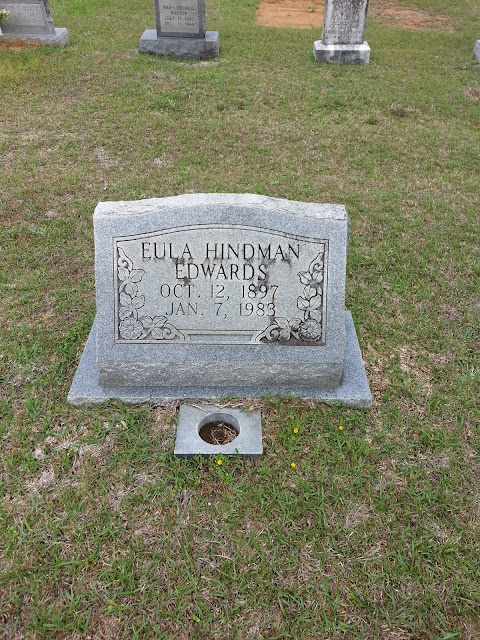 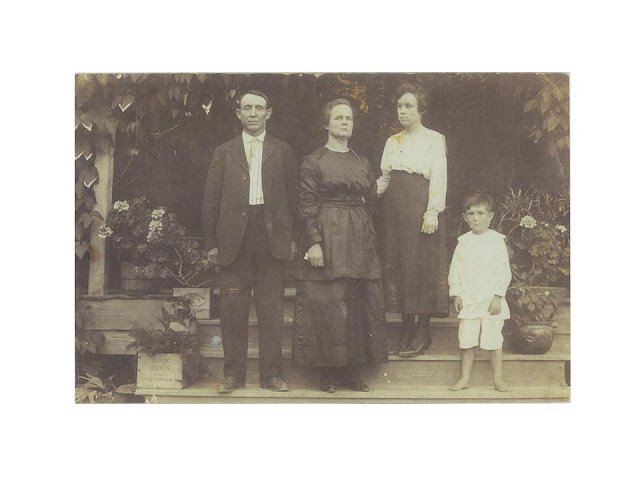 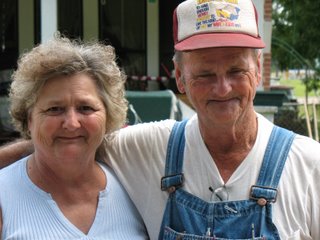 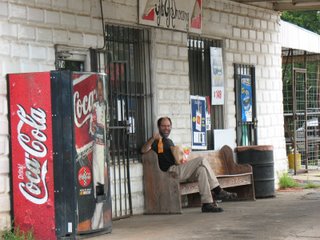 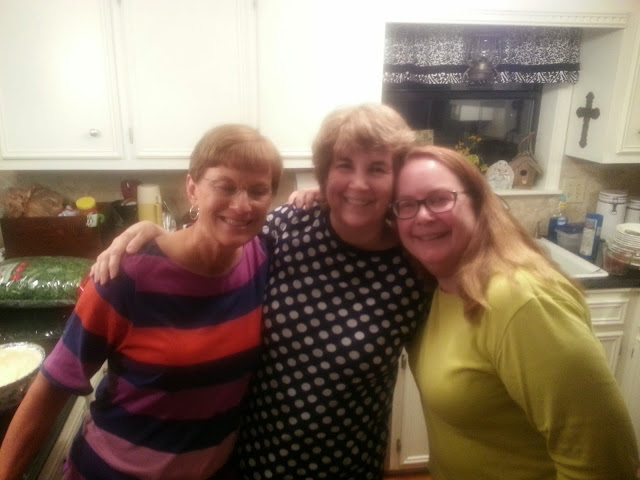 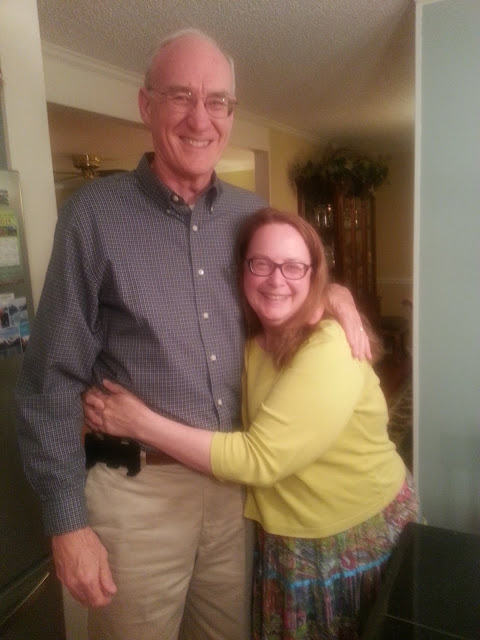 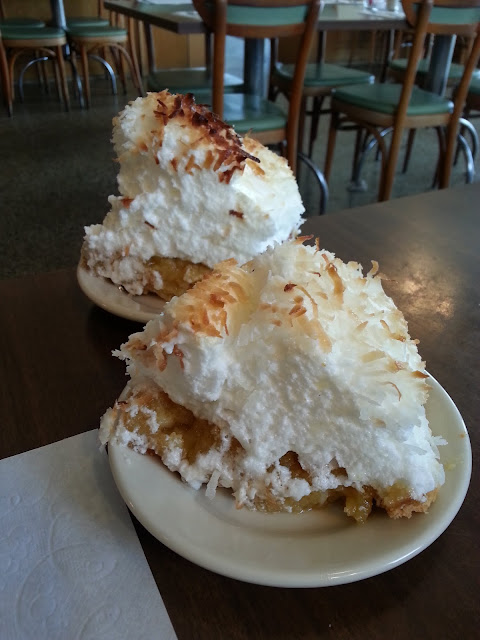 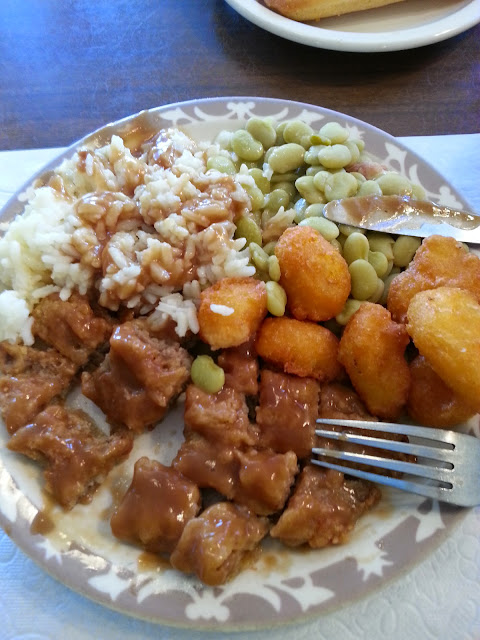 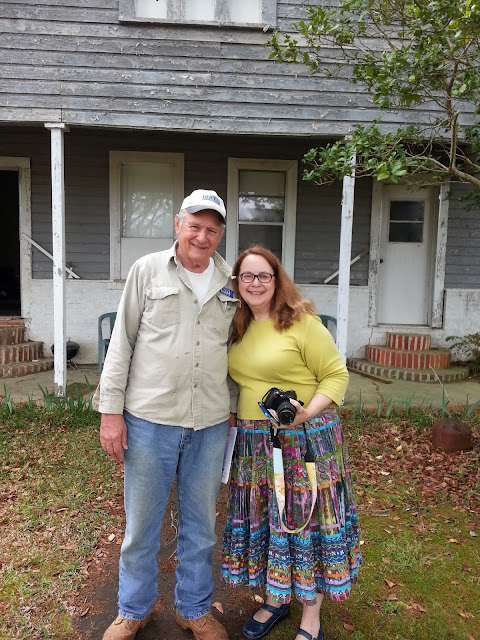 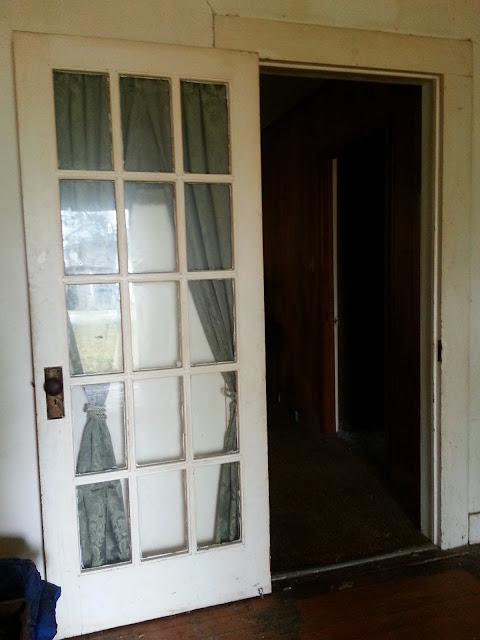 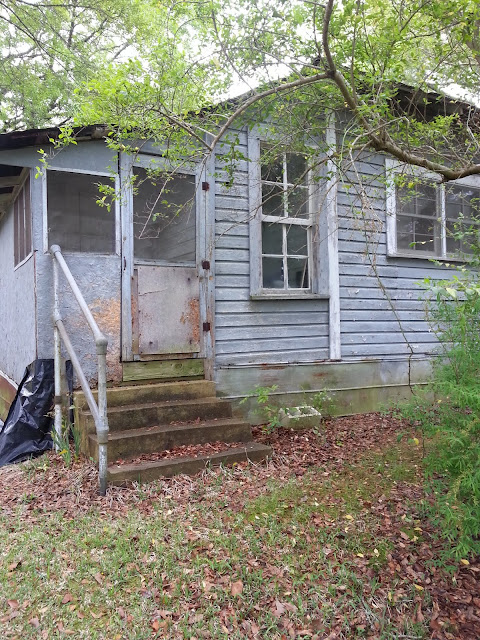 I remember my great-grandmother, Nanny (great-great Aunt Florentine in Each Little Bird That Sings), coming out this door (it leads to the kitchen) in the early morning, after eating her toast and drinking her coffee, and walking down the steps in her long button-down dress and wide-brimmed hat, heading for the garden, which is behind me.

I remember those cousins as kids, and that cemetery as a playground, and the pie at the Bayless is still that good (like the Cake Cafe in A Long Line of Cakes).

I remember watching Sea Hunt on a black and white television in the living room at night, with all the lights turned off. I remember Miss Eula’s dentures in a glass of water by her bed at night. I remember the moths that danced around the porch light and the beez that buzzed in the car house.

I remember what it all looked like to a ten-year-old kid, what it smelled like, felt like, tasted like, sounded like, and I remember it all now as if I were still ten, that place that became a little girl’s homeplace filled with those who loved her best in the world and couldn’t wait to see her from summer to summer, every year.

Next: How did these memories turn into Love, Ruby Lavender? How did that book get written? I promise to be back soon.